Nokia Solutions and Networks TraffiCOM Kft. (hereinafter TraffiCOM) was established by BKV Rt. under the name BKV TraffiCOM Kft. in 1997 to provide its own audio and data communication needs.

As of 1 August 2001, Siemens acquired a 99 % share in TraffiCOM Kft. As a result of the acquisition, Siemens became the owner of a communications system comprising a significant copper and fibre-optic cable network, respectively, several subcentres, and a large transmission technology and data transmission network. After large-scale developments, the infrastructure grew far more over the past period.

In addition to selling its share, BKV Rt. also sold the line rights along its fixed-track transportation routes, meaning that TraffiCOM has the exclusive right to implement developments along tram, underground, cog railway, trolley and suburban railway lines, and to use such lines.

Nokia Solutions and Networks TraffiCOM Kft., as the specialist telecommunications service provider subsidiary of Nokia Solutions and Networks Hungary, utilizes a traffic management substructure system free capacity of approximately 300 km, which may be utilized for telecommunications purposes by Siemens Telefongyár Kft. as a result of a public tender announced by the Budapest Mayor’s Office. (Siemens Telefongyár Kft. was merged into Siemens Zrt. in 2003.) Almost simultaneously, by winning a public tender, we became entitled to establish telecommunications substructures in the fifth and sixth districts of Budapest.

Based on an international decision announced in July 2006, Nokia and Siemens unified their branches for wired and wireless networks and network solutions in a joint venture in 50-50 % ownership. The new company, Nokia Siemens Networks was founded on 1 April 2007.

In 2007, TraffiCOM launched its Metro Ethernet service, providing point-point and point-multipoint data transmission connections from 2Mbit/s to 10Gbit/s within the area of Budapest.

From November 2013 the changes of the owner company resulted our company name changed to Nokia Solutions and networks to TraffiCOM.

Our system operation outsourcing service takes care of the entire internal audio communication of BKV. Using the networks we operate, we provide comprehensive communications services not only to BKV, but to state administration agencies and companies, as well. Systems and networks are expanded and modernized on an ongoing basis, making our new and innovative services available to an ever-growing number of customers. 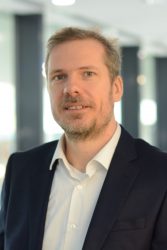 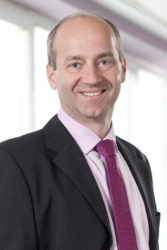